Union and Jordan brand always comes in twos. Joining the earlier revealed Air Jordan 1 KO Low in the canvas build is another iteration of the AJ1 KO, this time with a leather build. These two collaborations mark the first-ever iteration of the Air Jordan 1 KO Low. Speaking on designing the sneaker, Chris Gibbs, owner of Union Los Angeles, stated that they took a different approach than their usual “disruptive” approach to appreciate the underrated silhouette and that he believes that the new silhouette could rival the Air Force 1 in ubiquity one day.

The sneaker features a pebbled leather upper with suede accents on the toebox and eyestay. The tongue has a half-leather, half-suede construction and a yellowed sole to give it an antique vibe. Much like the canvas pair, the leather pair also includes interchangeable Swooshes, which are made of smooth suede. Underneath the Swoosh lies the UNLA monogram on the velcro. Whereas the other pair has grey and sky blue Swooshes, this pair includes navy and mint green Swooshes.

Alongside the two colorways of the AJ1KO is an accompanying collection that draws from the classic sportswear that was popular during the mid to late 80s. The look is evocative of the styling of old-school magazines and includes hoodies, a bucket hat, long-sleeve tees, and a co-branded Union and Jordan sweater.

The Union x Air Jordan 1 KO Low collection is set to release on February 4 via Union and select retailers. 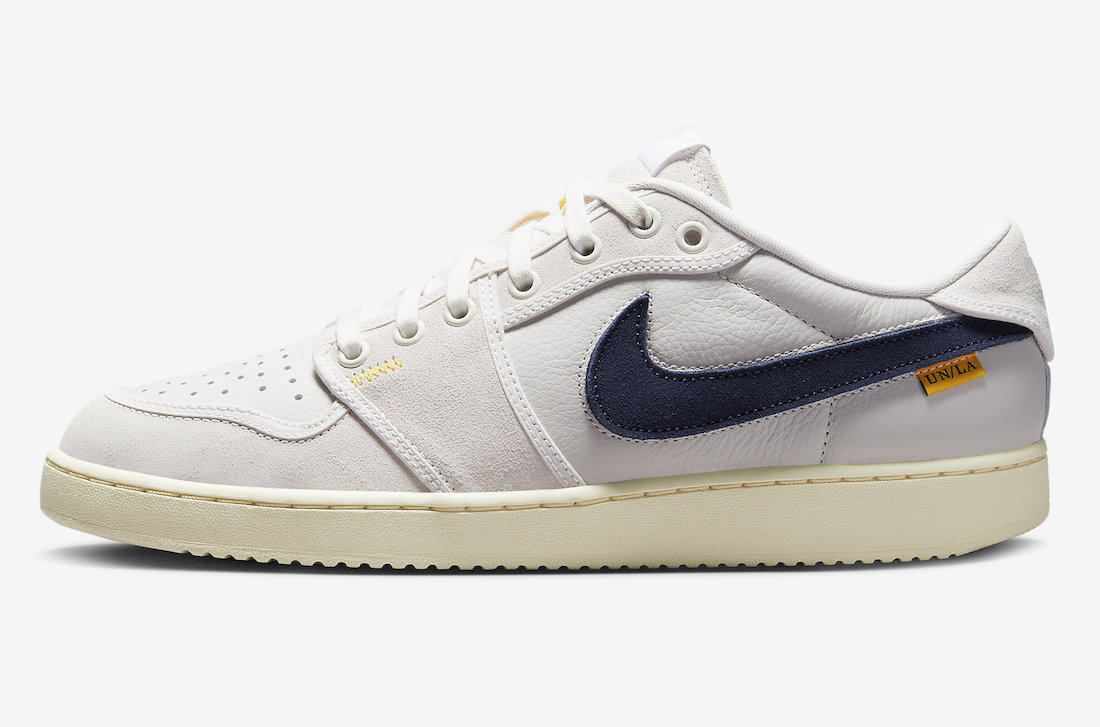 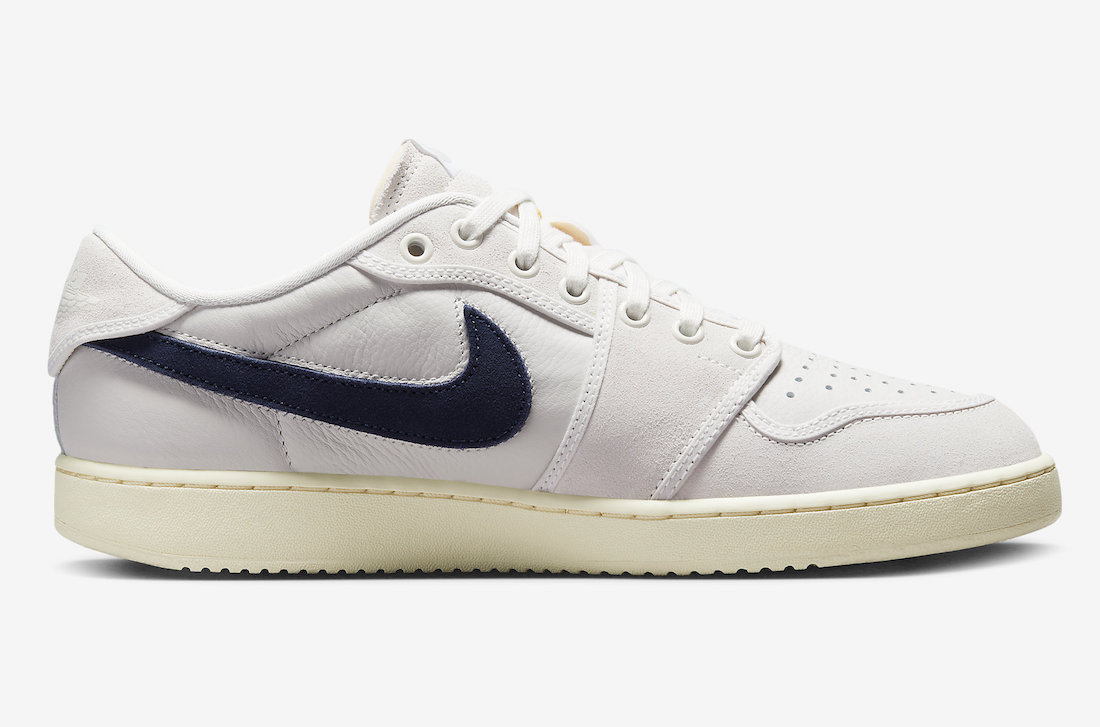 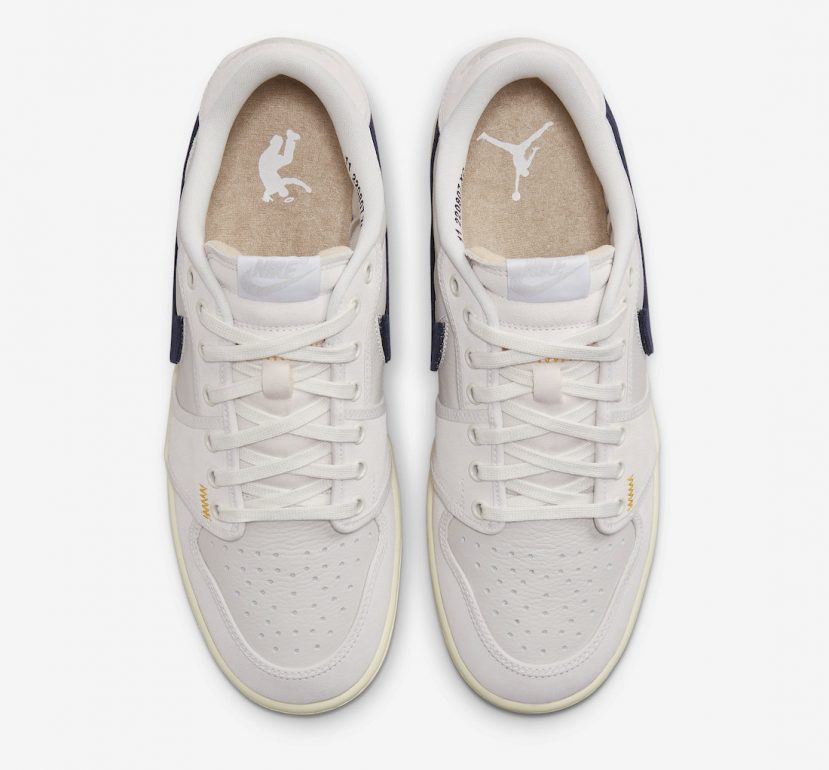 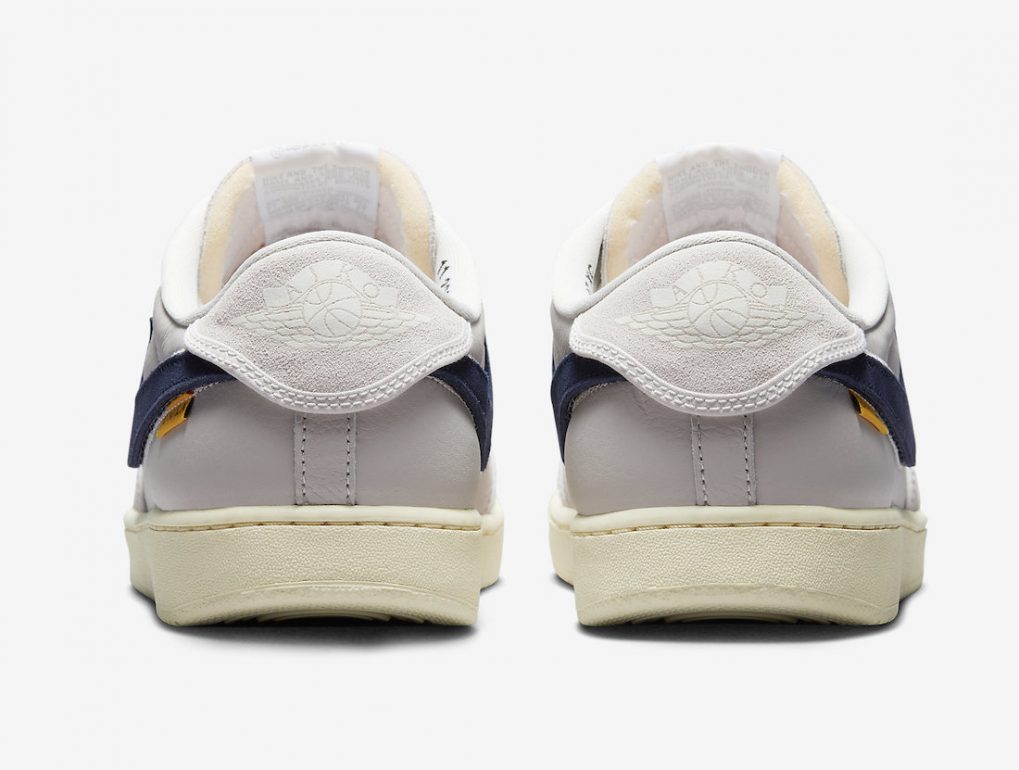 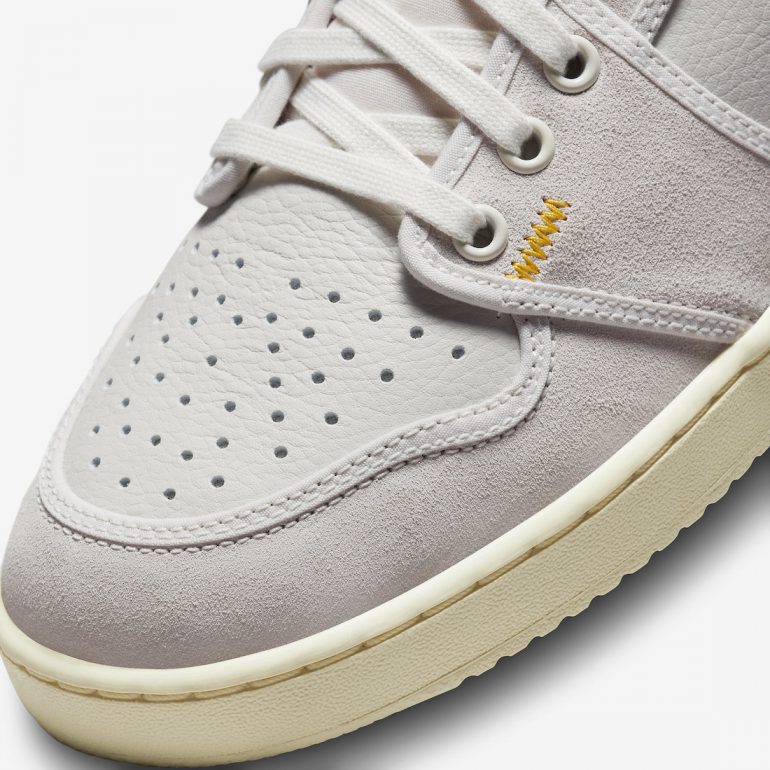 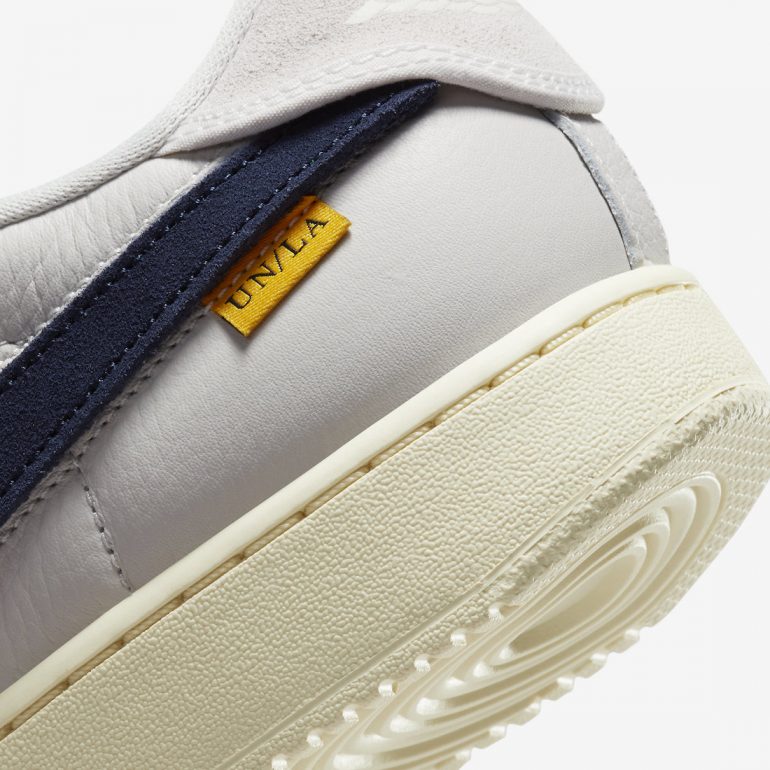 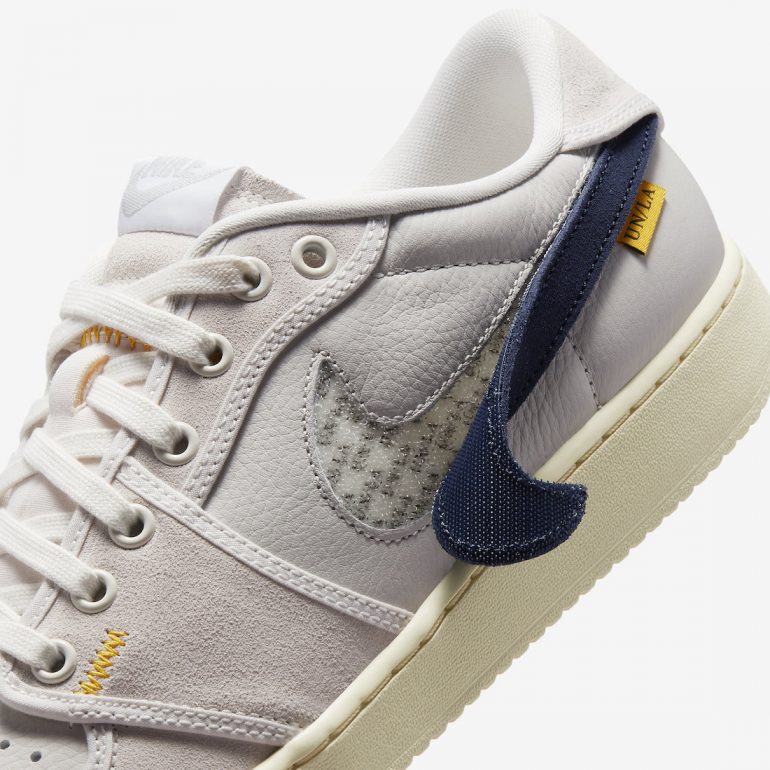 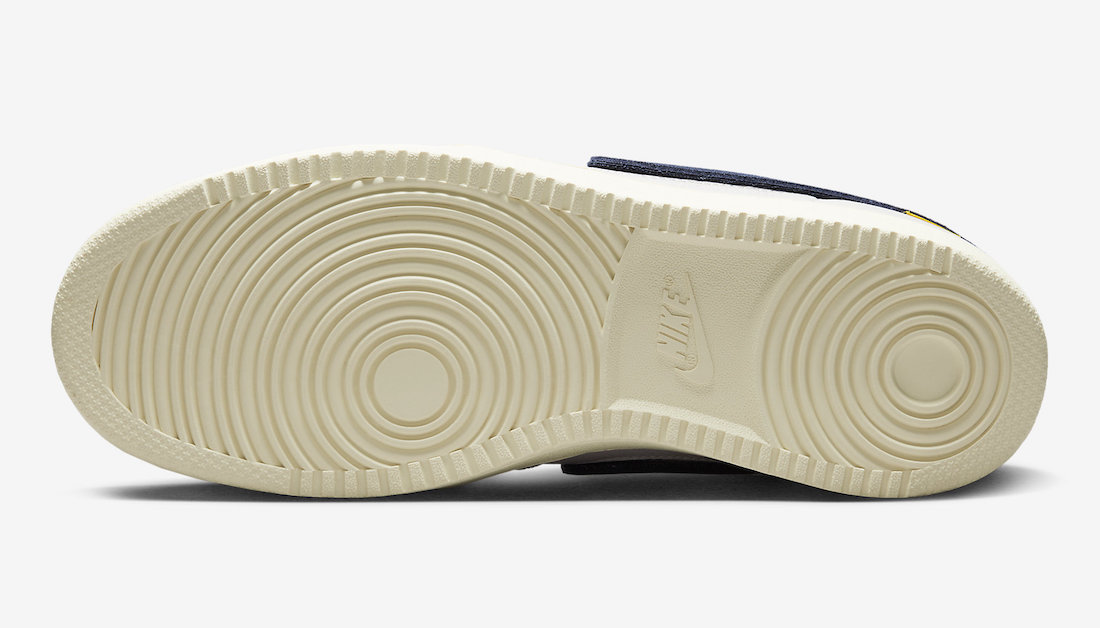 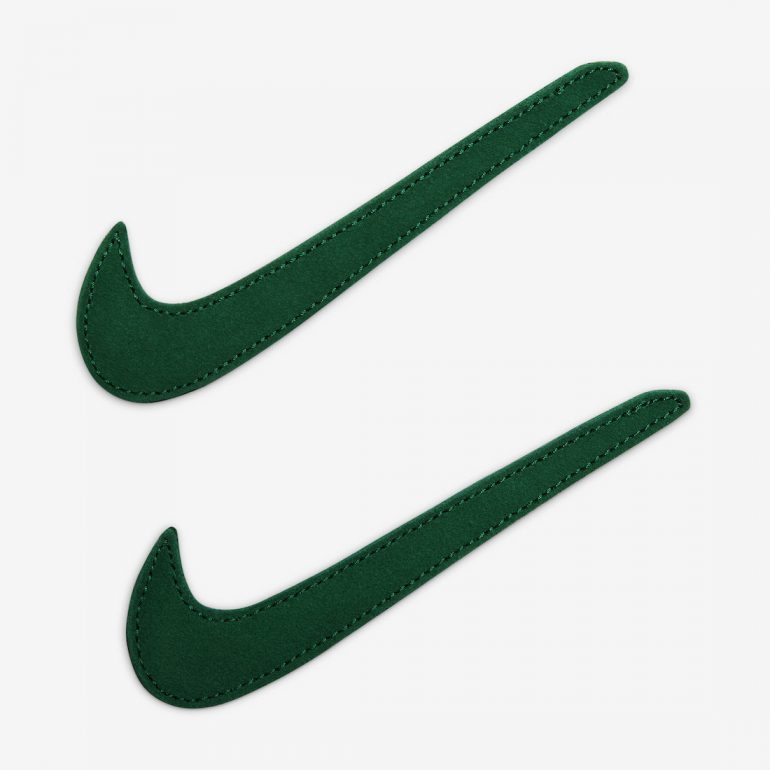 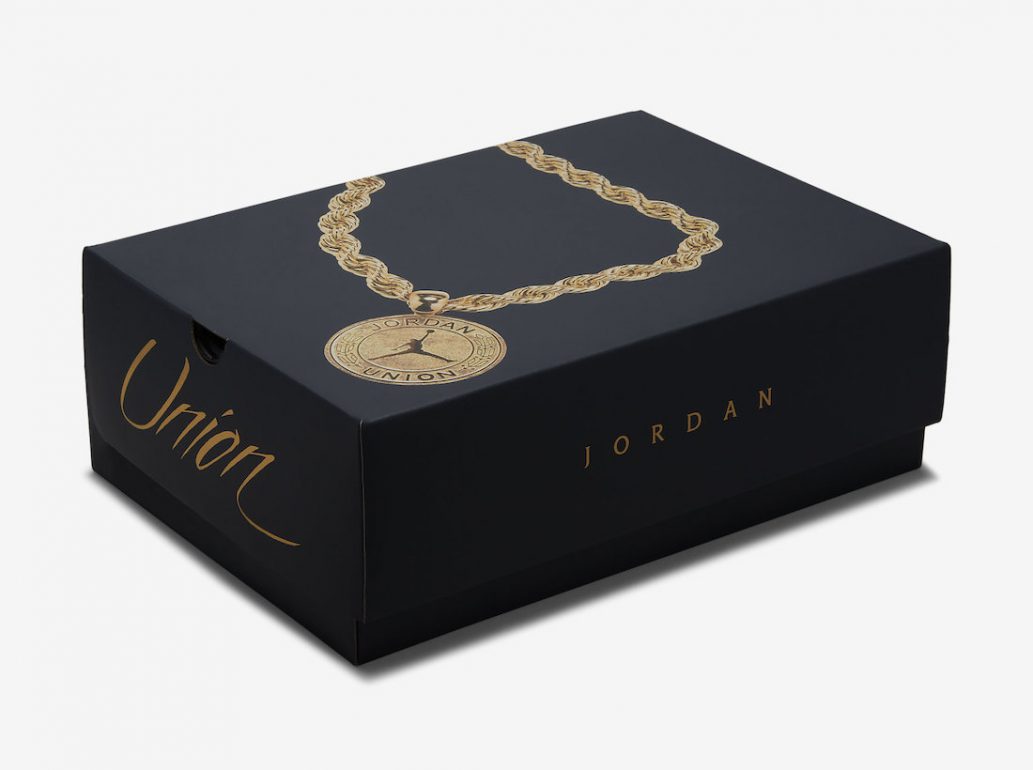 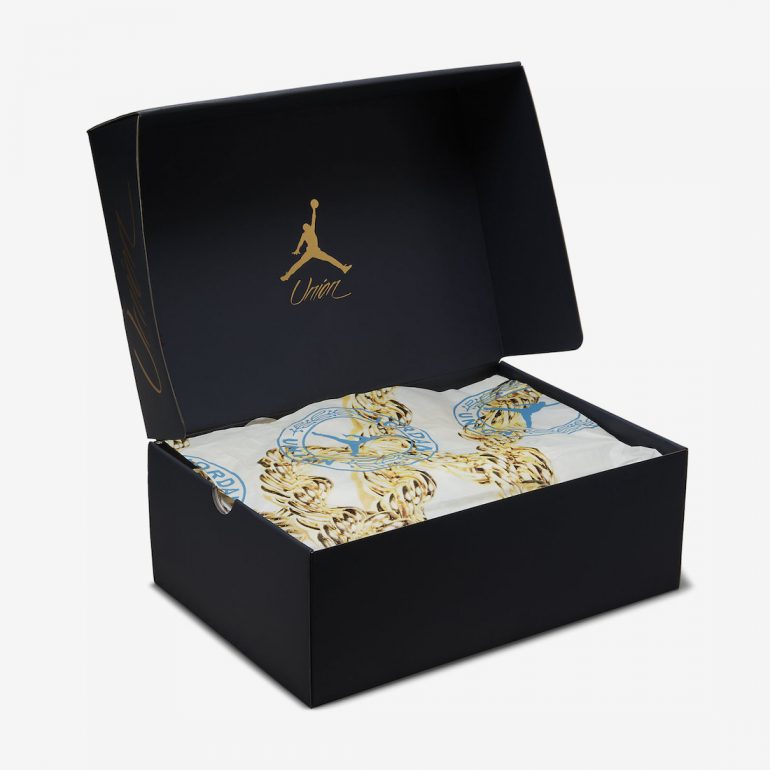 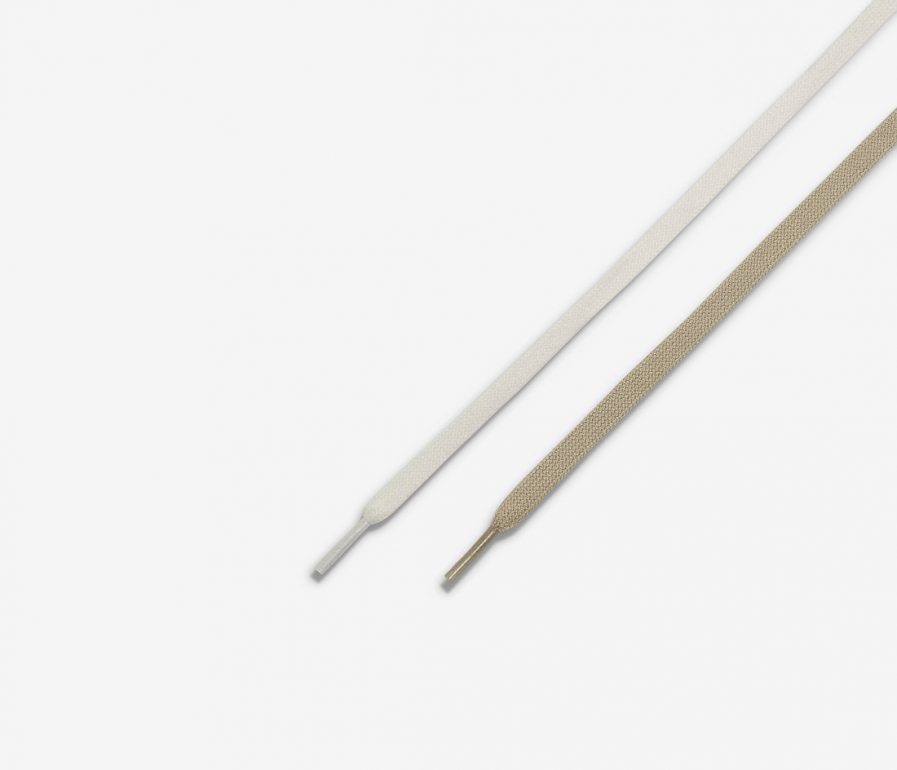 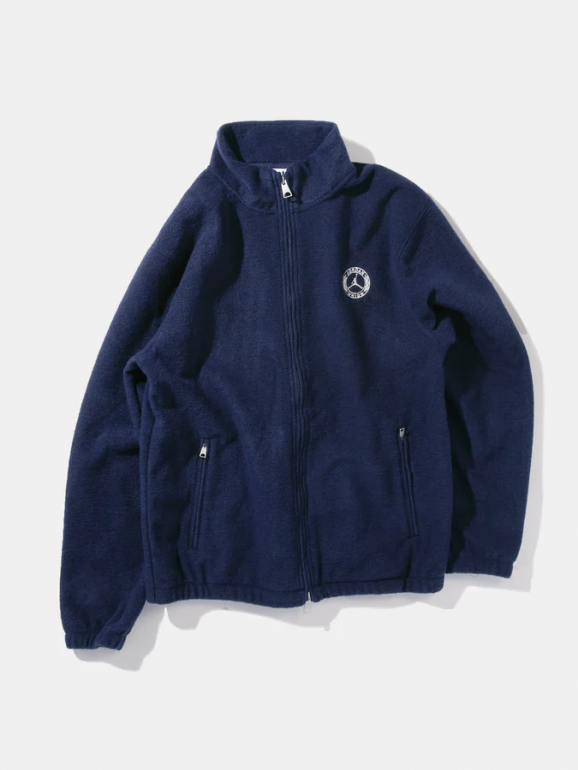 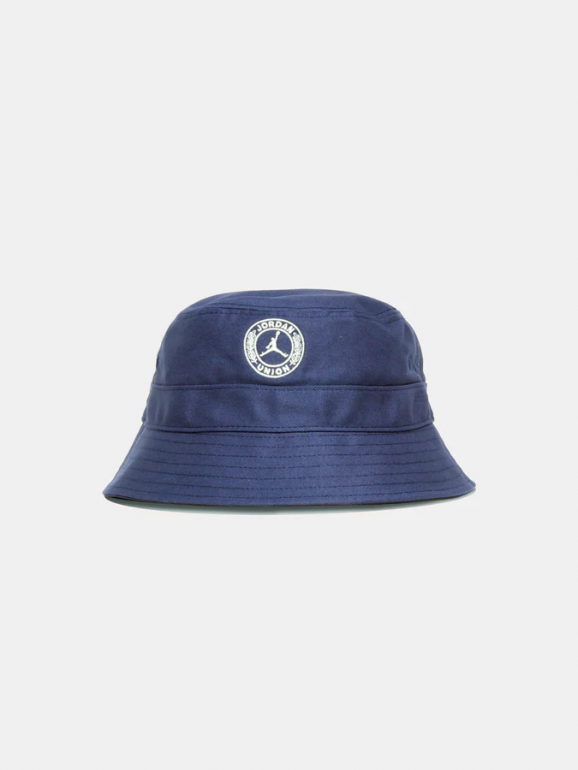 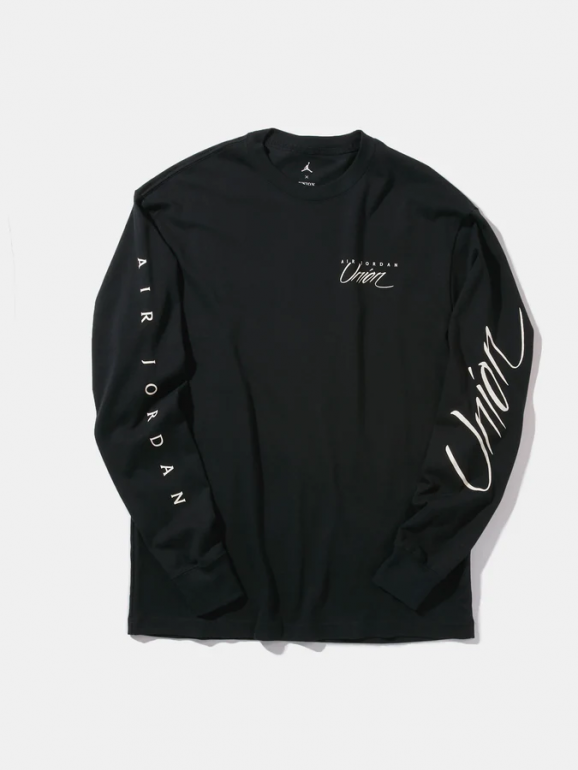 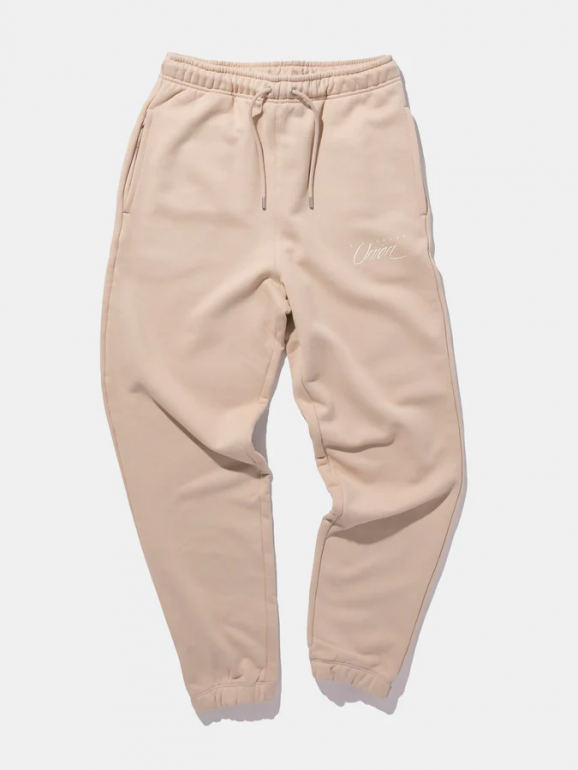 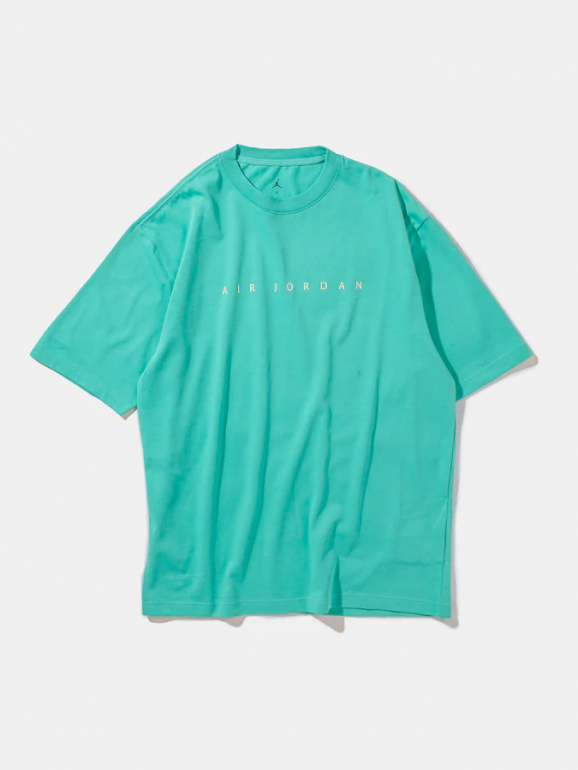 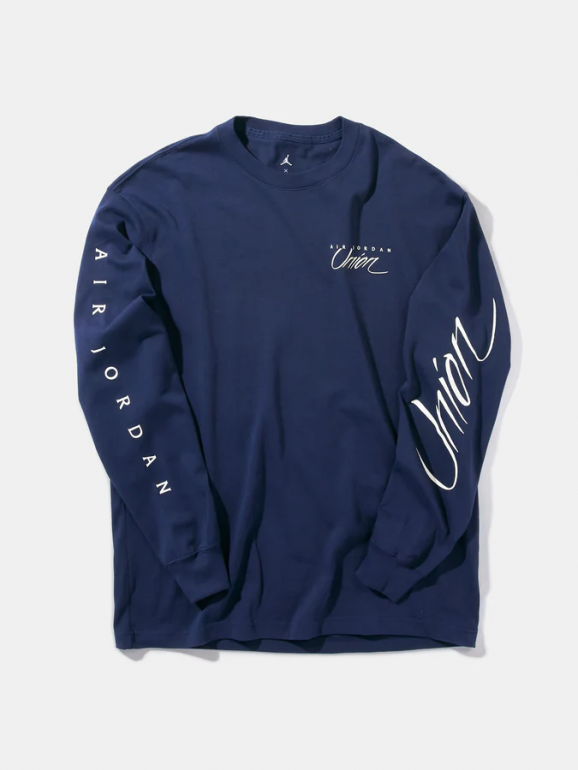 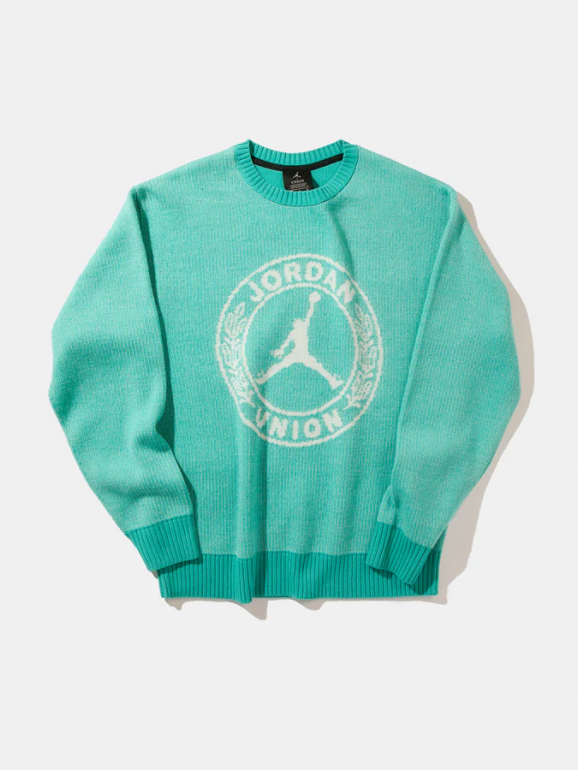 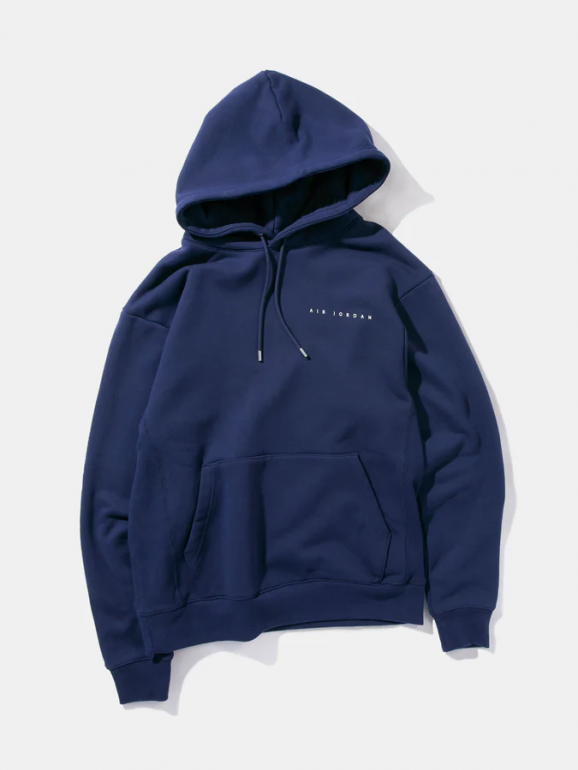 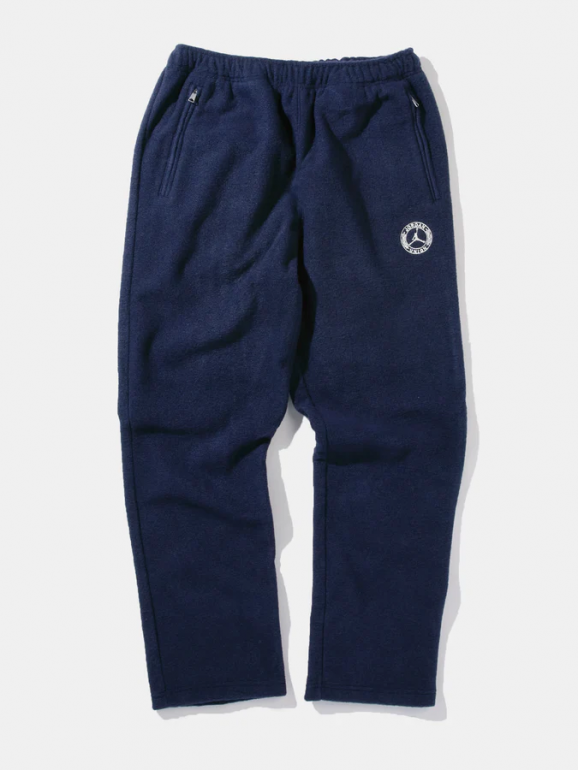