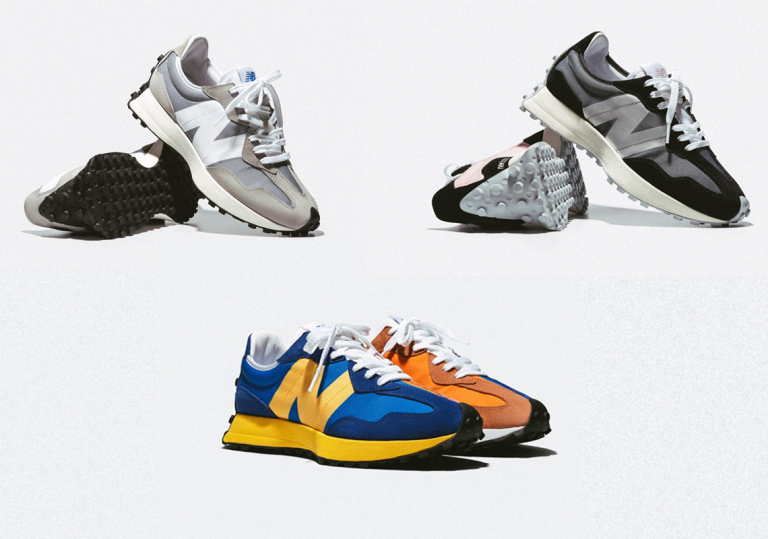 It’s no secret that New Balance is in the midst of a fantastic year. Whether it’s collaborations with streetwear titans like KITH, Aimé Leon Dore, and Joe Freshgoods, or staple pieces like the 990, the brand’s popularity within sneaker culture is approaching an all-time high.

While the company first established themselves as a cornerstone brand for runners, they’ve made leaps to expand their roots, with forays into the basketball and lifestyle space. As Alex Wong writes, New Balance was far from satisfied with their status quo and “felt like they were ready to reinvent themselves.”

At the forefront of this year’s lifestyle line is the New Balance 327, a modern adaptation of the brand’s running-inspired lineage.

Sole Savy was fortunate enough to speak to Charlotte Lee, the footwear designer responsible for the red-hot silhouette. Lee, who’s based out of the United Kingdom, got her start at New Balance as an intern in late 2014. She joined the company full time less than a year later and the rest, you could say, is history.

And although the 327 is brand new to the world of sneakerheads, it’s actually a product that’s been in the works for quite some time — approximately 15 months, to be exact.

“I had to look back through my original sketches to get this date! I can’t quite believe how long it’s been,” Lee tells Sole Savy. “I started putting pencil to paper in December 2018.

The silhouette made a bold statement when it entered the market, being revealed on the runway at Paris Fashion Week. The sneaker first released as a collaboration with Casablanca, a Parisian-Moroccan luxury brand. While it’s not often that a new silhouette makes its market debut through a collab, Lee says that it was a decision the team at New Balance made almost instantly.

“As soon as I shared my designs with the team we knew this shoe had to be launched differently,” she says. “This model looked like it belonged on the runway and who better to launch it with than Casablanca? They loved the model and it worked perfectly with their collection.”

In return, Casablanca wasted no opportunity, turning the sneaker’s debut into one of New Balance’s most coveted releases this year.

The luxury brand released the 327 in two colourways, taking hints from shades of Moroccan oranges and vintage green tennis uniforms. Not to mention, the perforated white upper allowed for added breathability, as well as an elevated, sportier look.

Upon speaking with Lee, she explained that much of the sneaker’s design is built on New Balance’s lineage as a performance running company.

“When I started looking back at our running shoes from the ‘70s, I knew I had a wealth of iconic models to be inspired by,” says Lee.

But because New Balance already has a healthy offering of retro shoes, such as the 420 and the 670, it was crucial that she pivot the model in a different direction.

“We already have so many classic models directly from our ‘70s back catalogue still available today, so I knew I had to push the 327 away from what was already available.”

This led her to focus on three main design elements: the oversized N logo, the fang toe, and the treaded outsole. The model draws cues from several shoes that were released throughout the 1970s — the 320, the 355, and the SuperComp.

The oversized logo is a nod to the 320, which was released in 1976. It was the first New Balance runner to make use of the now iconic N-logo. According to New Balance, the 320 also developed a following among elite runners and was used at the NYC marathon. Lee says that the fang-toe shape is also an extended version of the toe seen on the 320.

One of the original ads used for the release of the New Balance 355 in 1977. (Charlotte Lee/Instagram)

The studded outsole made its debut on the 355, which was released in 1977 and was designed to provide better stability on the trails. The lightweight, nylon upper of the 327 is similar to that seen on Supercomp, as well as many other ‘70s running shoes.

The New Balance SuperComp embodies many of the features seen on the 327 today, including the iconic N logo and a smaller fang toe. (Charlotte Lee/Instagram)

Even the distinct, exaggerated shape of the midsole, a design element unseen on any retro runner, was inspired by New Balance’s technology in the 1970s.

“In the 1970s, New Balance, like many other running brands, was exploring layering multiple sheets of EVA foam and scooping out the medial arch to advance running technologies,” Lee explains. “This is where I started layering EVA and buffing the midsole, in the same way the designers back then would have.”

“By widening the forefoot and heel but buffing the arch area I created this asymmetric shape which when viewed from above was contemporary but when seen on shelf felt very familiar.”

An overhead look at the New Balance 327. (Sole Savy)

But as with most products, not every feature makes the cut. Lee tells Sole Savy that the outsole of the 327 was initially meant to have cut-outs as a means of making the shoe lighter.

“The 327 outsole was originally supposed to have cut-outs in place of the indentations on the outsole,” Lee explains. “This is a weight-saving detail used by the brand today in running but as I looked at the first 3D print of the outsole, I felt it over-complicated the aggressive tread pattern.”

A closer look at the back heel, midsole, and outsole of the New Balance 327. (Sole Savy)

A unique look at the buffered sole of the New Balance 327. (Sole Savy)

Lee has been at New Balance for nearly five years, but she says that she was blown away by how the sneaker world responded to the new silhouette.

“Every project along the way, from colourway updates, to children’s running shoes, and not forgetting the cupboard full of concepts which never saw release, have given me a foundation to create the 327,” she says.

”Nothing could have prepared me for how well it has been received.”

When New Balance released its “Split Pack,” three general release colourways in early May, the shoe sold out within minutes across any retailers that could get their hands on them.

And if the shoe’s popularity wasn’t enough indication, the silhouette is far from done. In addition to new projects and continuing to explore this 70s resurgence, Lee says there are plenty of colourways on the horizon.

“There’s a mass of colourways already in the works for the 327, and the ‘70s trend isn’t going anytime soon,” the designer hints. “I’m exploring ways in which this trend evolves into a new aesthetic, as we move into the second half of 2020 and 2021.

So as the sneaker world awaits the company’s, as well as Lee’s next move, it seems like everybody is ready for New Balance to have its time in the limelight.

Parts of this interview have been edited for brevity and clarity. 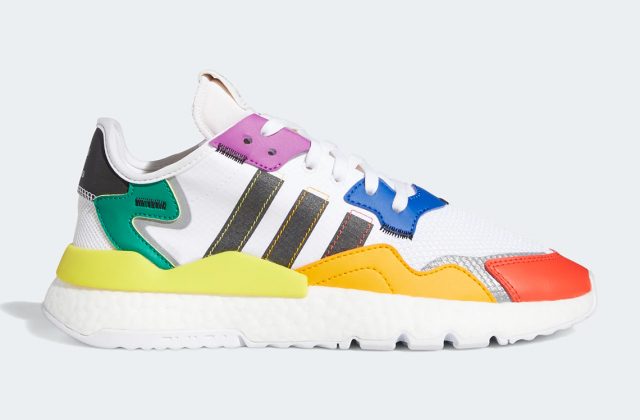 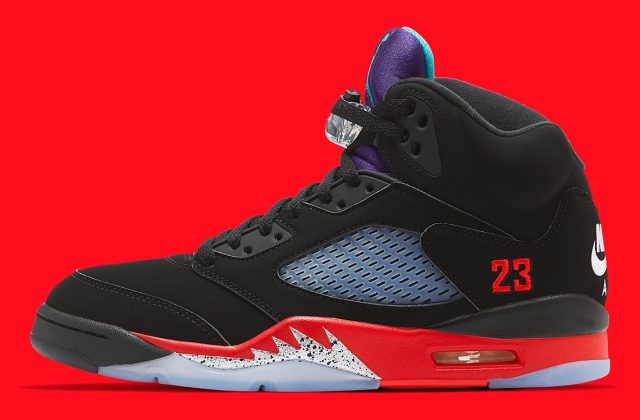 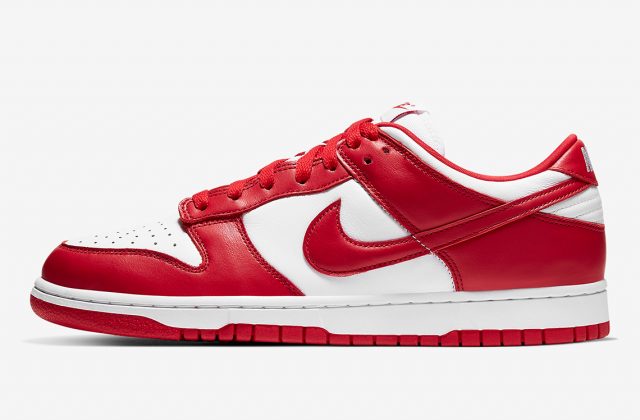