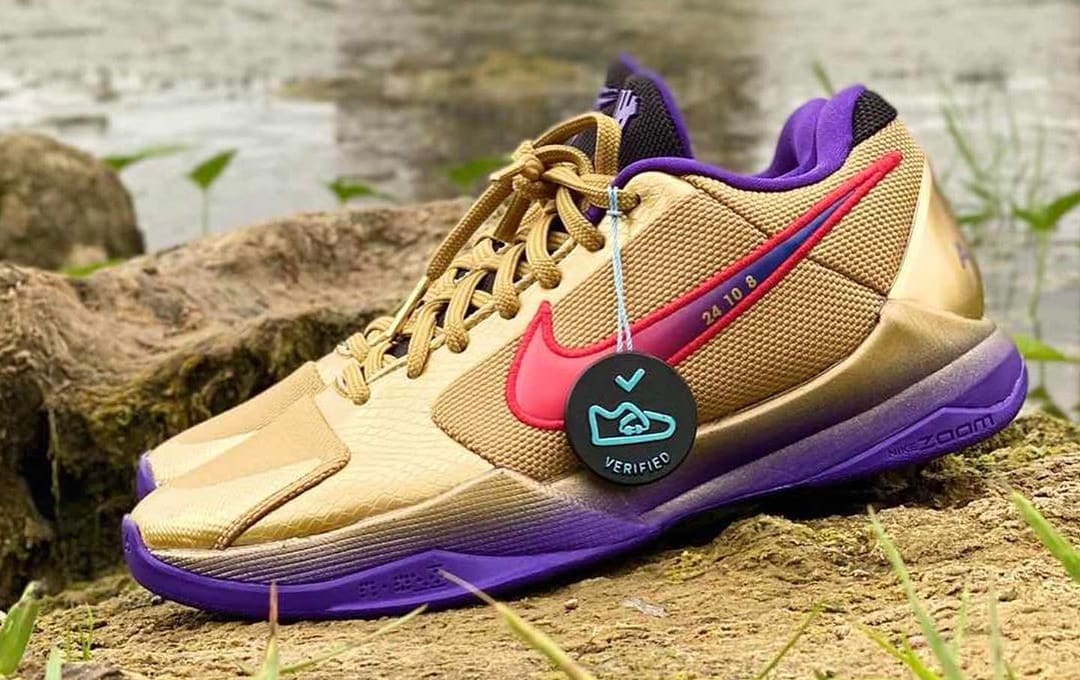 Following the recent news that Nike will begin producing Kobe sneakers again, leaked images have now arrived of yet another Kobe release rumored to drop later this year, this time in collaboration with UNDEFEATED. The streetwear icons have worked on Kobe sneakers in the past but this will be their first time working with the late NBA star’s signature line since his death earlier this year.

Rumored to release this Fall in three different colorways, the images below are of the Metallic Gold/Field Purple “Hall of Fame” colorway. Also releasing alongside this version is a Metallic Gold/Multi-Color “Double Digits” colorway and a White/Metallic Gold/Rapid Teal “U13” colorway. The “Hall of Fame” sees Undefeated apply Metallic Gold throughout the leather and mesh paneling of the upper with a Red-Purple gradient appearing across the Swooshes. The Lakers inspired shade of Field Purple also appears on the sock liner, tongue, the “Nike Air” / “UNDFTD” heel cup logos, and the outsole. The numbers 24, 10, and 8 are featured in gold lettering across the Swoosh as a final extra detail, each number referencing Kobe’s past jersey numbers with the Lakers and Team USA.  Stay tuned to SoleSavy for official photos and further release details.

Scroll below for further images.
All images by @solebyjc 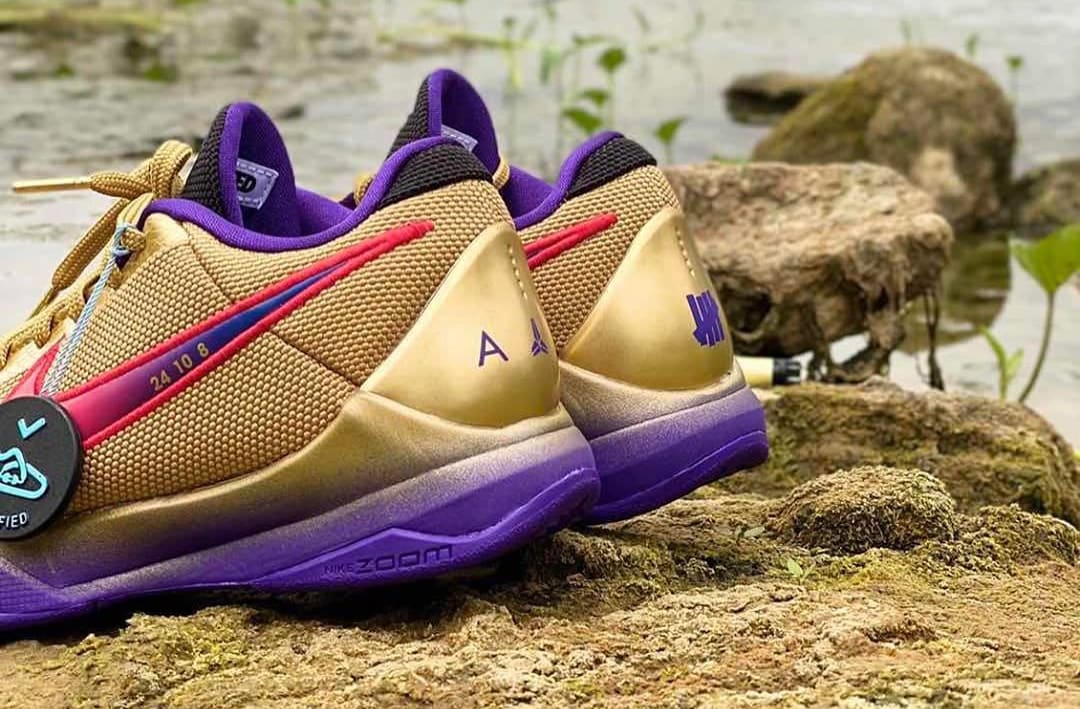